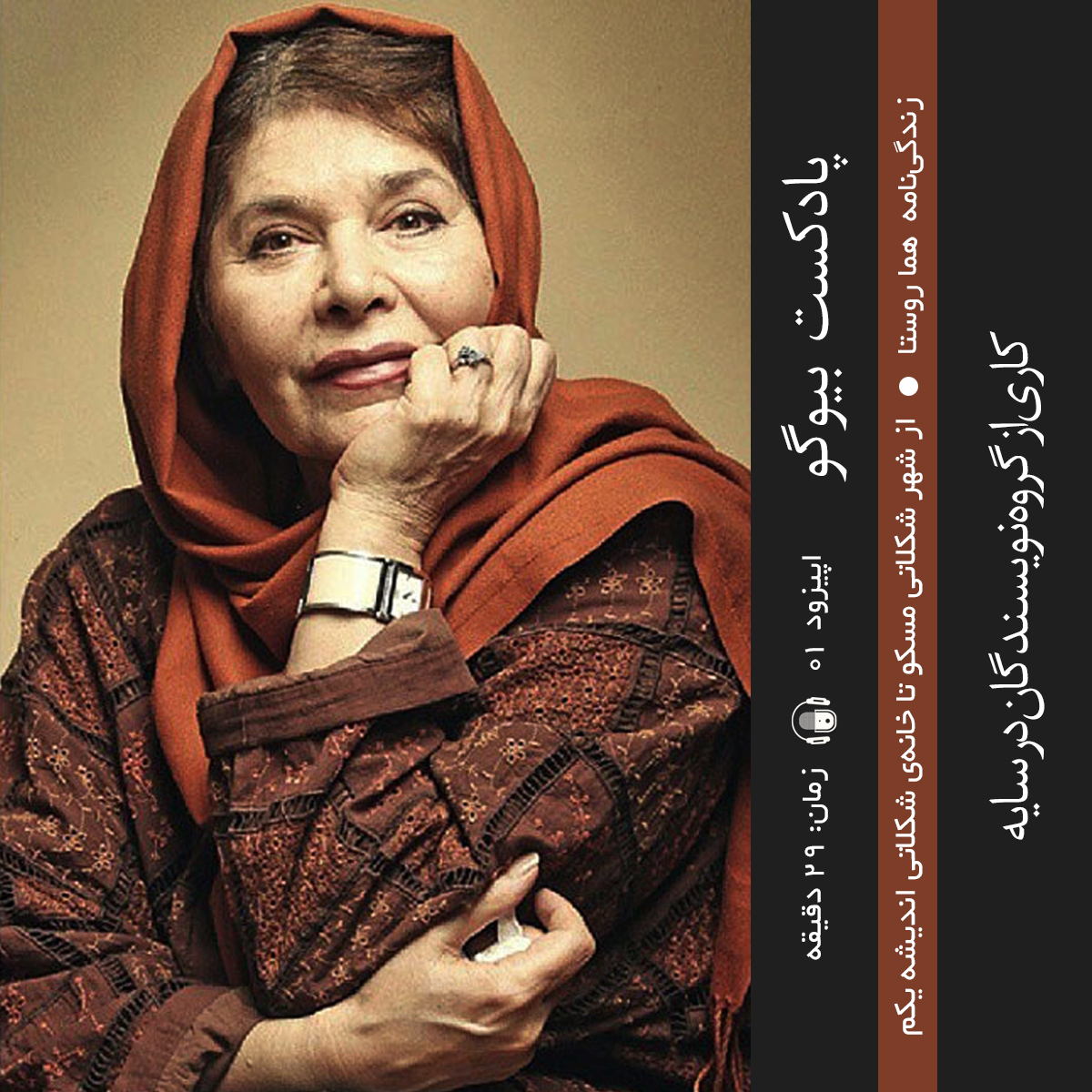 September 26th is both the birthdate and the obit day of Homa Rousta, who lived in the enthusiasm of the theater scene.
The biography of Homa Rousta published by Mina Akbari as a Memorial in the 32nd International Fajr Festival in Iran. Homa Rousta was not present at that time and had left Iran for medical treatment. Therefore our reference for writing this biography was “Hamid-e-Homa” documentary directed by Mohammad Ali Sajjadi, interview with Hamid Labkhande, old friend and colleague of Homa Rousta and documents which were handed by Mahdokht Akrami.
We announce the first episode of Biogoo podcast in memory of Homa Rousta. We would never forget that recording her biography made us a ghostwriter.

The 3rd episode of Biogoo podcast is dedicated to the life of Miriam Makeba. A South African woman who spent her first 6 month of life in prison and sang for the misery of her past on the stage till…

The Alchemists of Memory – EP 07

In this episode of Biogoo podcast, listen to our story. Listen to Our profession which is tightened with the memories. You, who is the best storyteller of your own life and us, the alchemists of the memories.  This episode is…

On October 2nd, 1994 a boy was born in Berkhamsted, England who wrote and traveled till the last years of the century. He became depressed, an author and a spy in his youth and lived the same to the last…