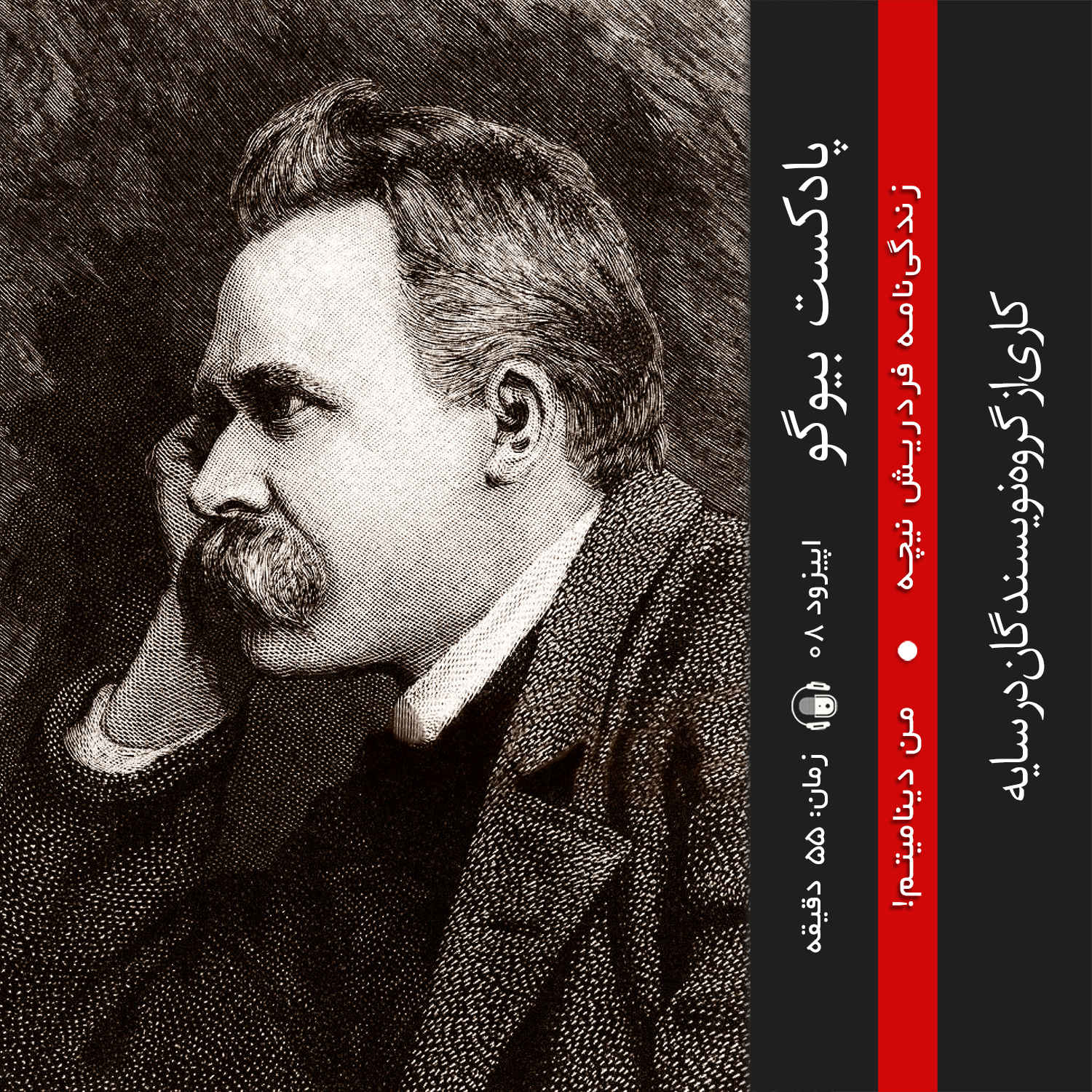 The eighth episode of Biogoo podcast is dedicated to Friedrich Nietzsche, A man whose doubt of the existence of god shifted the history of thoughts. He was first stunned by a god who tormented his father when he was only 5. He took the pain in the whole steps of his path to the Truth and at the end he declared: “there is no Truth, only interpretations”. Music was his opium that eases the bearing of existence. He invalidated the thoughts trapped in the walls and considered the day dreaming in the infinite nature as authentic. A non-citizen man who time and space could not conquer him. A man who admired the pain and knew the purpose of life is to find its meaning. He found Zoroaster in the highest mountains of the Alps and wrote his best work under his name. Nobody knows what Friedrich Nietzsche was thinking of in his last 10 years of life, but surely a shadow of Truth broke him down.

On October 2nd, 1994 a boy was born in Berkhamsted, England who wrote and traveled till the last years of the century. He became depressed, an author and a spy in his youth and lived the same to the last…

The Vanilla Taste of the Memory – EP 05

Life of anyone can become a book in the perspective of a ghostwriter. A biography ghostwriter knows which decisions have shaped the identity of the subject and how the process from the decision led to the identity. Footprints of the…