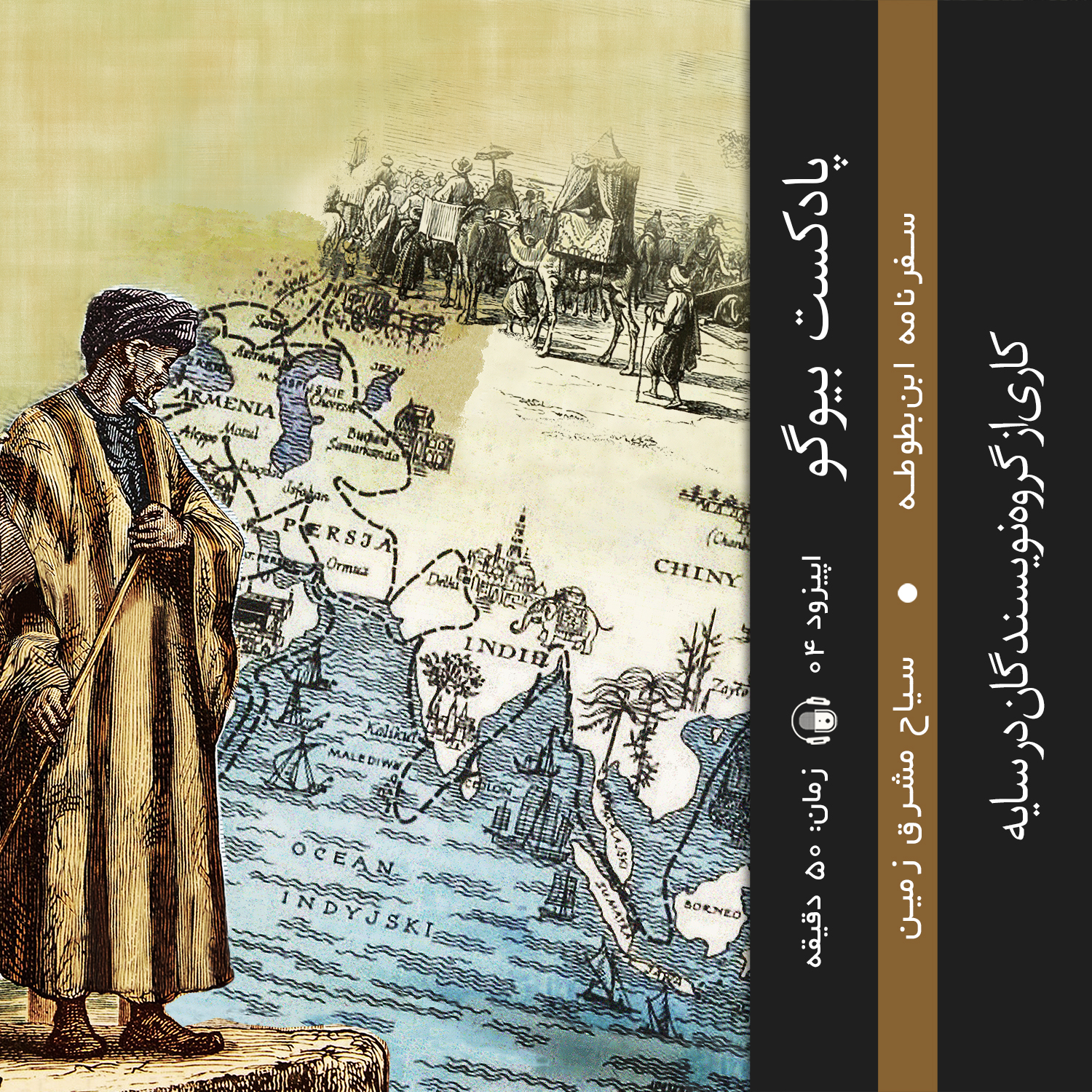 The fourth episode of Bio is dedicated to the life and travels of Ibn Battuta. A man who 8 centuries ago spent 30 years of his life traveling and passed over 35 countries with current borders. His 117000km travelogue ( would be forgotten, if he wouldn’t be able to find a writer to record it.

In the second part of this episode, we will be shifting the time to reach someone who started a motorcycle trip 20 years ago and from the silk road. She rode over Europe, America and Africa and now waiting for a retreat from the Corona Virus to pack her pack and start again. You will hear an interview with Masoume Amiri. This conversation will be a joke against Ibn Battuta because of his amazement about the female power in some countries and sometimes his complaints.

The Alchemists of Memory – EP 07

In this episode of Biogoo podcast, listen to our story. Listen to Our profession which is tightened with the memories. You, who is the best storyteller of your own life and us, the alchemists of the memories.  This episode is…

The eighth episode of Biogoo podcast is dedicated to Friedrich Nietzsche, A man whose doubt of the existence of god shifted the history of thoughts. He was first stunned by a god who tormented his father when he was only…